In practice I am surprised by the number of children i’m seeing who will only eat beige foods. Ed’s story is just one of many I could tell.

Ed is 7, his mum brought him to see me in January this year with concerns over his immunity. Life was a constant cycle of colds, swollen glands and chesty coughs, he would always seem to have some viral condition that he could never completely shake off.
When he was ill he would spike some massive fevers.

He was a very outgoing confident child, popular with his school friends, if not a little bossy! Very hyperactive and extremely vocal, he could get a bit ‘slap happy’ according to his teacher.
There was nothing that stood out in his medical history to explain the constant ill health (often I see a situation where a child has never been well since a major viral/bacterial infection, and this often has to be addressed first in order to shift the case along).

He was permanently snotty. His mum despaired at his fussy eating habits, scrutinising and smelling his food became an obsession. All food had to be crispy, beige and overcooked, even if his food passed the smell and texture test, it was still mostly left on his plate at the end of a meal time. Ed was tall for his age, and very thin. His sleep was sporadic and he would often wake covered from head to toe in sweat, sometimes he would wake 4-5 times a night and his Mum was exhausted.

I gave Ed the remedy Tuberculinum (Tub). This is a big remedy for snotty, boisterous and hyperactive children and one I use quite often, where indicated. There are many remedies that can address immunity issues so it’s important I really get an understanding of the personality of the child, not just their health complaints.

It never ceases to amaze me how fast children can respond to the right remedy! Almost immediately after the first dose Ed asks to try some of his big brother’s broccoli at dinner time. His mum says she can barely contain her excitement as he takes a bite (after a quick sniff!). From that day he has actively asked to try food off of his parents plate. He still likes a crunchy texture and prefers his veg lightly cooked or raw. His appetite is massive and he is asking for food constantly. 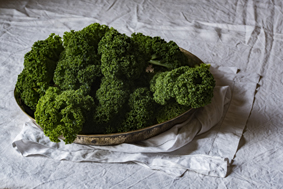 The snotty nose has disappeared and he has not had a cough or throat issue since January. Gained weight and sleeping all night now. Still has high energy levels but not as hyper as before.
He has developed some eczema on his legs, I am told by his mum that he had this when he was a baby but it was “fixed” with a cream from the doctor.
A return of an old symptom is seen as a good thing, it shows to me that the body has the energy now to bring back these old imbalances, that have been suppressed, so they can be released from the body. Ed isn’t bothered by it, it isn’t itchy or problematic and is much milder than it was when he was a baby.
It’s already started to fade so I am happy to watch and wait to see what happens.
I decide not to give a remedy at this point as the only thing I would want to prescribe on is the eczema, and the body is dealing with this. I give Ed some tissue salts as a general support for his growth and skin and arrange to review him again in a few weeks. Sometimes it’s better not to give a remedy when one may not be needed.

Less is more and homeopathy is merely a catalyst for the body’s own healing mechanism.

My belief is that Ed was stuck in a loop of poor eating and not having a strong enough immune system to overcome his illnesses. With an improvement in his appetite and the introduction of about 15 new foods, he has come on in leaps and bounds. I suggested pro-biotics to his mum as a support for his gut, he had several courses of antibiotics in the last few years for his chest and tonsil problems so this would have had an impact on him. So lovely to see a boy looking and feeling so much better.