Katie is 7 years old. She came to see me with a chronic issue of constipation and withholding her stools since she was a tiny baby. She was under the care of an incontinence team and a few months ago had to undergo a dis-impaction procedure that involved a week off school and frequent daily doses of strong laxatives. Not pleasant for Katie or her Mum.

She had very large stools and until she was put on a daily dose of Movicol she was only going once a week, which was very painful and traumatic for her and her family. She has been taking Movicol daily for many years. She suffered abdominal hardness and frequent stomach aches (understandably). She was afraid to go to the toilet as it hurt her, so she would avoid going, resulting in frequent leakage and a lot of buying of new underwear. Katie said she would not go to the toilet at school and would not go without her Mum with her. 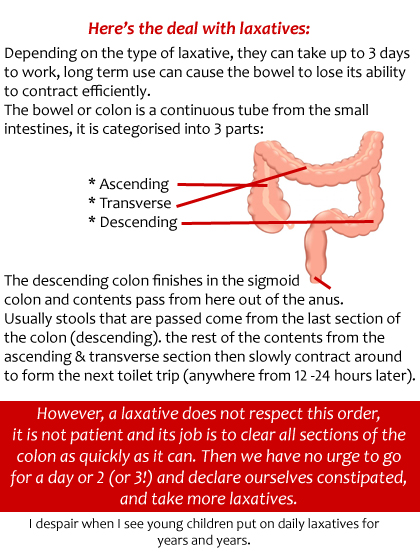 Katie was afraid of the dark and of being upstairs on her own because “something is coming to get me” she was always a bit reluctant to go to bed and often had dreams of being chased. Apart from the bowel issue she was in fact a very healthy child. She ate well and had only had a couple of courses of antibiotics in her life.

Katie loves to perform, singing and dancing, she has no nerves on stage and loves being the centre of attention. She can be bossy and likes to be in control. Her mum says she is very strong willed but a sensitive child. Katie had been playing with her lego and stopped to say to me “I’m sensitive”she also dislikes loud noises (unless she is the one making them!)
She loves school and is very particular about what clothes she wears, declaring that she likes gold and sparkles!

I decide on Phosphorus as a remedy for Katie. I give her 3 doses at 200c potency to be taken over 3 nights.

Phosphorus children are extremely sensitive! I find them to be very charismatic and delightful to treat. They can be shy but also very extrovert. They are the performers, they attract attention wherever they go. In the remedy Phos we see many fears. Fears of the dark and fear of noise. Phos has its main action on the bone, nerve and blood in the body.

Katie arrived at my house, cheerful as ever, (and I will admit to not expecting to see much improvement so soon, bearing in mind this has been a lifelong chronic problem)
Apparently Katie has been going everyday, on her own! It doesn’t hurt as much (although her stools are still on the large side)
She says she has had no tummy aches and doesn’t feel scared to go to the toilet now. She is also spending more time alone upstairs, when it is dark! Had a dream she was chased by a troll, so still need work in this area.
She has developed a few spots on her chin and around her mouth (which I wonder is related to toxins from the bowel being released via the skin)

Oh, and the best bit is that since after her first appointment she has only been on 2 sachets of Movicol a week! Amazing progress and I am so delighted.

This time the Phos is repeated at 1M potency, and I give Katie some tissue salts to help with the skin and also to help support the elasticity of her colon, the incontinence nurse seems to think that she is having large stools due to a stretched bowel (I am not convinced as shes had this since a few weeks old after all)
We are now dropping the Movicol to ½ a sachet 2-3 times a week. I don’t think this is going to be an issue.

I’m reviewing Katie again in May so i’m really looking forward to seeing what happens.

Katie is doing well. She has been off of all movicol for 3 months now and the incontinence team at the hospital have discharged her from their care. She is happy and going to the toilet on her own with no issues. Life is vastly improved and mum has no concerns. I have signed her off as there is nothing more to do here.

Photo by Annie Spratt on Unsplash